Confessions Of A Mommy Moviemaker

"The core message of IN UTERO is that there is nothing more important than the bond between the mother and her developing child. This bond begins in the womb and effloresces as we grow older, helping us mature into nurturing grownups who in turn foster family, community and, finally, the world."

In her latest Huffington Post piece, Director Kathleen Gyllenhaal discusses the parallels between raising a child and raising (releasing) a film. 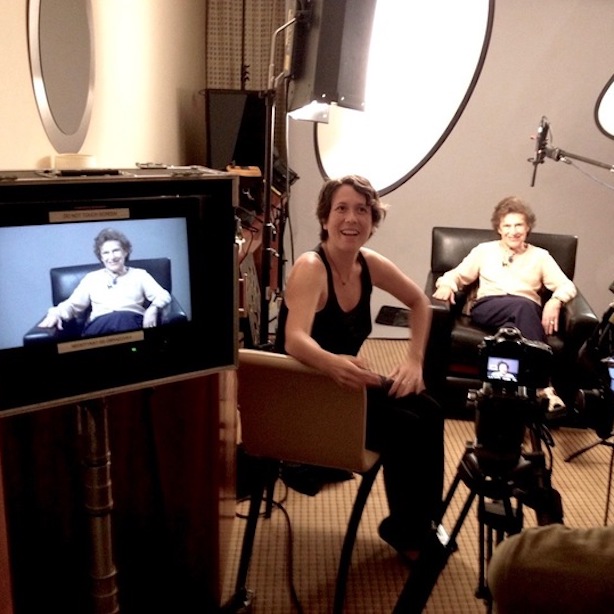 Now that my son is toddling past two years old and my documentary, IN UTERO, has been out in the world for about half that time, I can reflect a little on the parallels between raising a child and raising (releasing) a film.

Both needed to be conceived, carried, birthed, nurtured, and brought into a relationship with loved-ones, peers and strangers. The more mindfully the better.

I’ve found that raising a child is far, far, far harder, and more humbling, dramatic, meaningful and joyful than making a movie. For me, being a mother has been more fulfilling (and challenging) than I had ever expected, even as IN UTERO has been having an extraordinary life across the globe — translated into thirteen languages and counting — festivals, awards, etc.

The highs and lows of audiences watching IN UTERO and responding with such emotion has been powerful and important, but being a new mom has outstripped it by far.

That’s both the good news and the bad. Because it’s been nearly impossible for me to juggle the two. Every day I look at other working moms and I wonder how they do it. Frankly, there’s so little genuine support out there, despite all the awareness around the need for community. Through IN UTERO I have met so many wonderful people who are committed to helping moms and yet my own experience has often been lonely, confusing, even frightening.

How do I develop close friends with whom I can share my terrors and discoveries? Yes, I have a wonderful marriage, a husband who’s helped make this film and raise our boy. But only another mommy understands the pressure, the exhaustion, the confusion. My dearest mommy-friends from my younger days are spread out around the country and swamped too; we’re lucky if we can get on the phone every few months. My prenatal yoga group has stuck together since we all gave birth, but we still have to scramble to organize our playdates, and then we can only get a few words in edgewise as our toddlers swarm around us.

The same issue began to show itself last October as IN UTERO was released online — iTunes, Amazon, etc. It was one thing to show the film in festivals and screenings, to meet people before and after seeing the film and to make meaningful connections. But once IN UTERO entered cyberspace, those connections faded as viewers started watching the film alone on their computer.

And then I started to struggle with my little boy around my iPhone, iPad and computer. (I’ve written about this a bit over the past few months.) He became obsessed with iPad puzzles and iPhone pictures, almost like an addict. He needed to “use” my devices. He would weep and wail if I took them away.

And then I made the connection — that it’s all about connection.

While these devices and the Internet have helped us in so many ways, they have also created a false sense of community. (I’m certainly not the first person to be aware of this.) To what degree have we become addicted to these devices because they don’t really deliver genuine connection, only the illusion of connection? Is that why we can’t get enough, like the addict who’s deluded into believing that this or that distraction will take away the pain? Is that why my son wails around all this technology?

This also seemed to parallel our experience with the film, as we watched the compelling post-screening discussions being replaced by one-way reviews and comments. We were on the cusp of creating a real dialogue and a real community around the complex topics raised in IN UTERO, only to have the streaming release slow it down.

It’s been far easier with the film, frankly. Our website has now been redesigned to focus on bringing people together (especially mothers) and supplying study guides and supporting research.

We are focusing on IN UTERO being shown only in groups — at home, in schools, in pregnancy, birthing and therapy organizations and in medical groups, etc. — places where people can discuss the profound implications for human development that IN UTERO puts forward. Where people can begin to process their own in utero experience in a community environment.

As a mother and filmmaker, it has become clear to me that I need community. That’s been the bottom-line lesson of all of this. I need community to do even a passable job at the most important task that I have been privileged to undertake — raising a member of the next generation. And I have learned, through the connections made in the film, that this is true for everybody — mothers, fathers, grandparents, siblings — we all need to be there for each other and for the children that are emerging from the miracle of the in utero experience.

Films can generate so much dialogue and the Internet, with its dazzling array of social media, can be helpful, but only if it brings us genuinely closer. But while we still can, we want to foster that direct human experience by encouraging people to host, or help organize, a screening in their communities.

The core message of IN UTERO is that there is nothing more important than the bond between the mother and her developing child. This bond begins in the womb and effloresces as we grow older, helping us mature into nurturing grownups who in turn foster family, community and, finally, the world.