Creating the Perfect Child — Have We Gone Too Far?

In her latest Huffington Post and Thrive Global piece, Director Kathleen Gyllenhaal discusses the terrifying parallels between the alien films and creating a "Perfect Child". 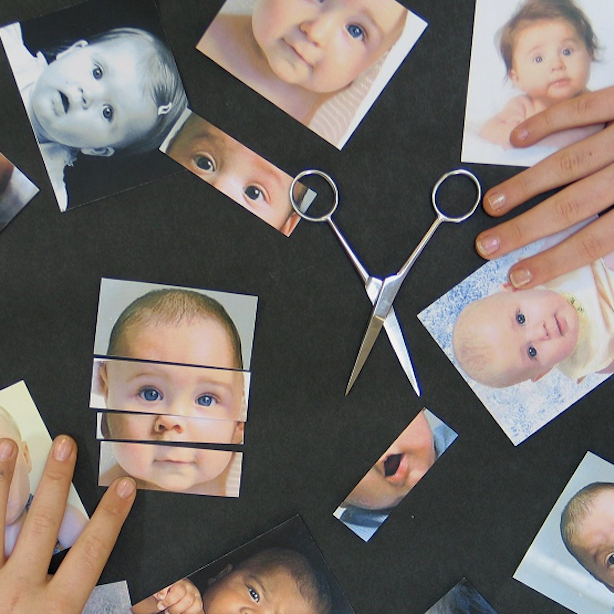 I have a love/hate relationship with the Alien movies.

By all accounts, the first Alien movie was simply an excellent film. And the sequel, Aliens, was one of the greatest action movies ever made — and it delivered us a feminist hero for the ages in Lieutenant Helen Ripley. But as the franchise continued, I became more and more turned off by the formulaic nature of sequel after sequel, and prequel after prequel — despite the sophisticated filmmaking and brilliant performances in each film.

The latest prequel, Alien: Covenant, ends on a very depressing note. Though there’s still a strong heroine, her courageous actions turn out to be futile. So I was left feeling traumatized. I don’t blame the filmmakers — their marketing is pretty clear and I’d be a fool not to expect violence and doom — but at least before there was some kind of sense that the monster was vanquished in the process, at least for the time being. But not with these newer installments.

I find myself pondering this troubling turn in perspective, from gritty/hopeful to gritty/hopeless. What brought us to this place where the heroine loses, and the monster prevails? Why is this becoming a more standard trope in our popular mythology?

To understand this trajectory, it’s important to note that the films are not so much about the heroines and their valiant efforts than they are about the aliens — and by aliens, I mean both the monsters and the synthetic humans (androids). Both groups are “alienated” and both were engineered to serve needs other than their own. This is why the synthetics (Ash, Bishop, David) are all fascinated, and even enamored by, the monstrous alien. There is a kinship among them.

The current prequel series in the franchise follows David, the first synthetic human. He is created by Peter Weyland, a corporate tycoon, and he is a perfect example of poise, erudition, talent, and even creativity. Walter, a later synthetic model, explains that the original David was considered too human. He was creepy and unsettling. He was emotional. Subsequent models were adjusted to be more straightforward and uncomplicated — in other words their aptitude for feelings was removed.

I want to add here that there’s a very good reason why humans should be put off by the synthetic human. Intuitively, one senses a danger in this lifeless representation of ourselves. But I’ll get back to that later.

In the first prequel, Prometheus, David goes on a mission that brings him into contact with a deadly pathogen that, when manipulated properly, can create new (and horrific) life. In Covenant, we find David marooned on a planet, having spent the last ten years alone with this pathogen — tweaking it, unleashing it on every living organism he can find, and genetically modifying it into a more “perfect species”. (This “perfect species” turns out to be a predecessor of the very alien species that will terrorize Lieutenant Ripley when the prequels link up to the original series.) Which means, therefore, that David is the architect and the creator of the monsters that threaten to destroy all of humanity.

The characterization of David is important to analyze in order to understand what this all means — or seems to mean — in relation to us normal everyday humans living today on Planet Earth.

David was created by humans. He was Peter Weyland’s “son”. But he turned out to be “too human”, because he had some kind of artificial intelligence that eventually allowed him to develop real feelings. He was moved to tears by music, by his idea of love, and by the act of creation. But David was created in order to serve, not to feel — to serve Weyland, and then, after his death, other real human beings. David wasn’t allowed to be himself — or even to consider that that was an option. Because he was denied access to his own “self”.

He developed into a sociopath.

As human beings in the early 21st-century, we are discovering that suppressing a child’s needs leads to terrible confusion and pain later on in life. When a parent’s needs are put first, the child becomes the caretaker (or servant) to the parent, and this inverse parent/child relationship makes it impossible for the child’s needs to be met. Therefore, the child is forever locked in a struggle to please mom or dad, never allowed to separate and develop/mature into an autonomous adult. And this breeds fantasy (idealizing the parent), denial (I was loved, not used), and can unleash tremendous anger, anxiety, and confusion.

In David’s case, he loved and hated his maker, and idealized him. He became a “creator” himself, by developing the “perfect species.” But his monumental anger at being created only to serve (to be a slave) spilled over into his creation. He created an unfeeling monster, a plague that will end all humanity. But what he really did was recreate what was done to him.

And this is why people were right to be put off and worried by David. Because David had feelings, and you can’t force someone with feelings to be your slave. That bad, creepy feeling in your gut? It’s the sense that exploiting this person is wrong. It’s also a feeling of fear, because somewhere inside, you know they will revolt.

Now, you might argue that David is synthetic, fabricated, so how does his apply to us real humans? Well, what does “synthetic” really mean? The Webster dictionary defines it as, “devised, arranged, or fabricated for special situations to imitate or replace usual realities”.

This is something we already do. We do it with in vitro fertilization during the “special situation” where a woman cannot conceive due to complications with her ovaries, or when her male partner has fertility issues. Or we hire surrogates. These “special situations” are when Nature has stepped in and said reproduction is not possible. But we devise strategies to circumvent the problem (the usual reality) and create life. Because we humans are brilliant and extremely creative (like David).

Yet it seems almost unbelievable to me that we are now seriously considering altering genes in the fetus. The reasons sound benign — preventing disease and genetic abnormalities. But look where the intention is headed — to create a better, perhaps more Perfect Child? 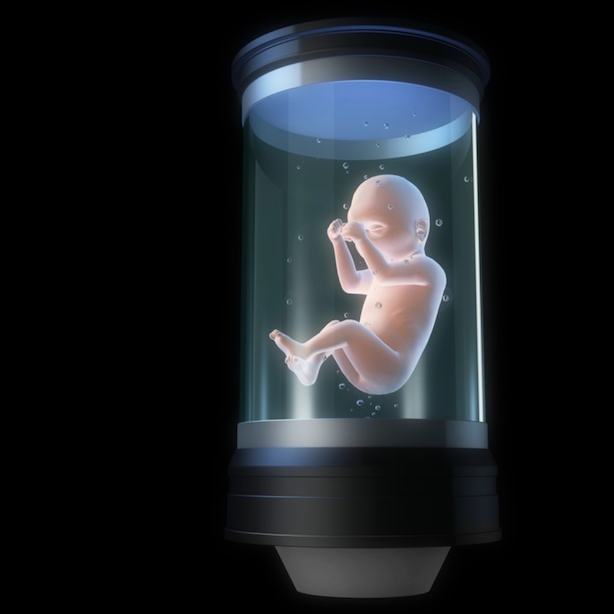 This is not to say, by any stretch, that an IVF baby is some kind of constructed synthetic being — far from it. My very point is that they are very, very human, which is to say they are full of feelings.

Let me back up a bit. As soon as one starts to tinker with the genetics of the unborn, the following intention is being formed: “I don’t want you to be whatever it is that you’re supposed to be. I want you to be the way I want you to be.” Or take it one step further: “I’m more interested in what you can do for me, not who you are.”

Am I exaggerating too much? Well, consider this. One of the other options on the table is gender selection. This is already happening with in vitro fertilization. If a couple has several viable eggs, they can decide if they want the girl or the boy to be implanted into the mother or the surrogate. Many, many children have already been pre-selected in this way. We have the means to do it, so why not?

Well, there’s a big reason why we shouldn’t.

Because with that decision we set a precedent, a trend. In this scenario, from pre-conception onwards, the human being is engineered to suit the parents’ needs. That opens the door to more controlling decisions — which lead very quickly to a perspective that only allows for the perfect child of our making, and not for the very real child that sits before us, waiting and hoping to be seen. That child’s survival and happiness depends on developing his/her own identity, not being programmed into what we want them to be.

Just remember what happens when we impose programming on an intelligent, developing being who has feelings — we get someone like David, whose vengeance is so great, he will vow to take down all of humanity for the injustice done to him.

Now I want to return to one of my original questions. Why are the heroines in the Alien films losing ground? Helen Ripley was utterly intrepid — a true, dauntless hero. In the first Alien film, she recognized the bond between Ash (a synthetic) and the monster, and she destroyed them both. Later, she stood up to the sleazy, exploitative, corporate Carl Burke in Aliens. (Burke had attempted to use the crew members as living hosts to bring some aliens back to Earth and sell them to the highest bidder.) Ripley corners him and hisses, “You know, Burke, I don't know which species is worse. You don't see them f**king each other over for a goddamn percentage.” She could sniff out good and bad, no matter what the species.

But by the second film, the protagonists start to lose their edge. Ripley teams up with Bishop, another synthetic, who helps her vanquish the Queen alien. Bishop is loyal and useful. A new message takes root — synthetic, engineered life is good. In fact, it can save us!

And here is where we begin to lose sight of the big(ger) elephant in the room — the dead version of ourselves we created to serve our needs. They are harbingers of our own death. Because we aspire to be like them — perfect, without emotion, lifeless. And, as technology advances and further desensitizes and isolates humans from one another, we will eventually achieve this goal. And this is how we become participants in our own slow demise.

The Ripleys have gone silent, their intuition shot. Our heroes passively endorse this technology trap — the creation of lifeless slaves to speak to our mother computers and navigate our spaceships far away from Earth, in search of virgin planets to exploit.

Because our home planet, it can only be assumed, has been ravaged beyond hope.

There is a moment when David tries to communicate with one of his newborn aliens. But the attempt is interrupted when a crew member shoots and kills the monster. David cries out in agony. It’s a tragic moment, because if he had been able to bond with the monster, then he would have connected with his inner neglected child (whom — it is worth considering — the monstrous alien represents). And then he might have been able to release some of his anger.

And then there may have been some hope for humanity.