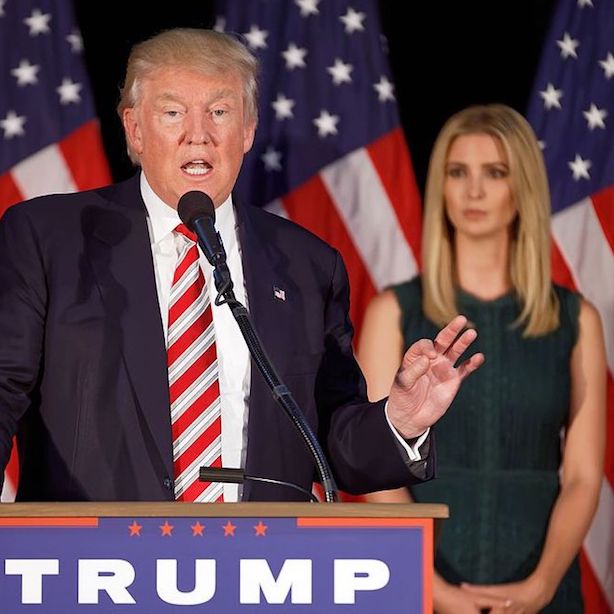 From one father/grandfather to another, I say, listen to your daughter, because while your 2018 budget looks to be draconian to anyone who is poor, female, elderly and/or disabled there is one proposal deep inside your budget that could change our world.

And we know it’s from Ivanka — six weeks of mandated paid family leave for both mothers and fathers after the birth or adoption of a child.

As you know, until now the United States has been the only industrial nation that has had no mandated paid family leave and while it is true that six weeks is on the low end, it is still a brilliant beginning, sir.

Because what makes a genius, like yourself? What makes a criminal, journalist or Democrat?

As I’m sure Ivanka has pointed out — all the science is clear — it is directly connected to our time in the womb and to that profound connection between newborn, father and especially the mother.

But why just begin at the beginning, you of all people?

Why lag behind the rest of the world, when in one sweeping, brash, brilliant move you could make America even greater than great? You could generate millions of jobs that create hundreds of thousands of geniuses who would create millions of additional jobs, making trillions upon trillions of dollars. It could also solve the nonexistent climate change issue, potentially end war and finally clean up the swamp that is not just Washington D.C., but so much of the rest of the world.

Keep listening to Ivanka. As a mother (and daughter) she understands that a genius is epigenetically and transgenerationally formed in utero, which is to say that pregnancy is the key to everything that will make America even greater than the greatest country on the planet. (For more on this, check out our documentary, IN UTERO).

What is not completely clear is why.

If you can answer that question you could go down in history as the greatest U.S. President of all time, because you will have insured the grand future of our nation (and the world).

Which is why over the next eight years half a trillion dollars should be earmarked for the following line items. (Why eight years? Because if you do this you will absolutely be re-elected.)

1.) Massive research for all processes of pregnancy including epigenetic influences, prenatal neuroscience, transgenerational trauma and anything that Ivanka thinks is valuable. (This will create hundreds of thousands of new, high quality jobs — triple that number over eight years — 2 million jobs)

2.) Funding for one million new nurses, midwives, doulas to work in the field with expectant mothers as well as with mothers/fathers/grandparents for 2 years after birth. (Triple that number over the next eight years — 3 million high quality jobs)

4.) Offices — run on the state and local level — that disseminate the emerging research to practitioners working in the field. (Hundreds of thousands of jobs, triple over eight years — 2 million jobs).

Within your two terms, that is a projection of 11 million new high-paying, high quality jobs. But this is just a start, because the impact on the American population will have just begun.

Crime will drop precipitously (already the science is clear on this). Job options will explode as this new generation uses the human brain in ways that have never been imagined. Taxes will be even further cut because the GNP will go through the roof with all the new industries that will, yes, rely on robotics to do the inhuman work, so that we humans can work to become more human and more productive in human ways.

The future is boundary-less. I wish you — and us — the very best.