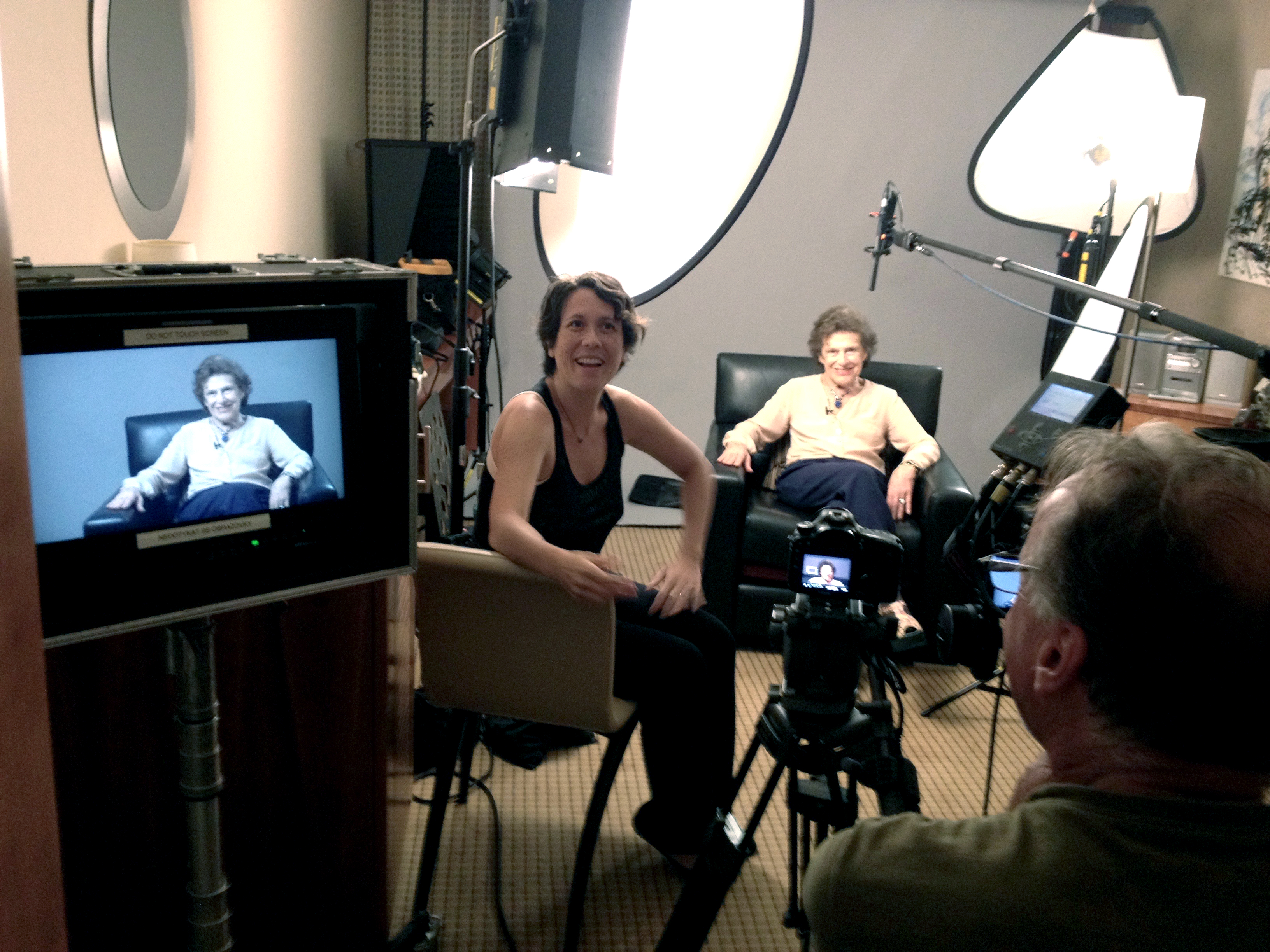 How much are we constructed during the ten months we spend in our mother’s womb? Do we carry the trauma of our ancestors into our daily lives? Are we who we think we are?

These questions not only preoccupied me during the making of IN UTERO, but gained a deeper resonance after I became pregnant with my son. In fact, I began researching the film while I was trying to get pregnant, shot the film during my pregnancy, and was deep in post-production when my son was born.

I’ve always wanted to understand the cause of things. And since I was embarking on the biggest and most important journey of my life (becoming a mother), I wanted to understand everything I could about the relationship between a mother’s health and that of her growing fetus, so that I could lay a better foundation for conception and pregnancy. I read a wonderful book called Origins by Annie Murphy Paul, along with a lot of other articles, which opened me up to the world of developmental origins of health and disease.

As my research continued, I kept seeing connections among all these different fields (epigenetics, epidemiology, psychology, neuroscience), and I thought, “This should be a documentary.” And when I saw that there really wasn’t any other documentary out there (at least to my knowledge) that was bringing together all this research, I decided to do it.

I interviewed many experts — scientists, doctors, psychologists, midwives — and learned that we are, it turns out, products of both nature and nurture, not just the genetic blueprints we used to think we were. Exposure to the environment turns genes on or off — as one expert said, “Good events cause change, bad events cause change.” And nurturing (or lack thereof) affects our brain development and even our personality during the prenatal and perinatal periods. Scientific research indicates that physical and mental conditions can be traced to fetal life, caused by chronic stress in the mother.

Psychologists go one step further and suggest that the mother can project unconscious, negative feelings into the fetus’s developing mind, contributing to a psychological “imprint” that hampers that baby’s emotional health and individuation. For example, if a mother is ambivalent about having a baby, some would say the baby gets that message. So a very complex relationship emerges — some might describe it as co-dependent.

And then there’s the transgenerational piece — that changes in one lifetime are passed down to the next generation, and the next, until that gene is switched off. All of which shows how vital the in utero time is, and how it shapes human history.

It was difficult to accept the idea that whatever psychological baggage I had would be transferred to my unborn child. But knowing about the stress effect and transgenerational trauma meant there was only one thing for me to do: Reduce stress whenever possible, get to know myself and my origins as best as I could, sort through any unresolved issues with a therapist, and bond with my growing fetus.

One of the last shoots we did was in Seattle, where there’s a group of “prenatal bonding” practitioners who have been trained by a German psychoanalyst named Gerhard Schroth, who was trained by Jenoe Raffai, a Hungarian psychoanalyst who developed the method. I would describe prenatal bonding as part talk therapy, part mind-body relaxation therapy. I decided to try it. The idea is that you communicate with your baby by connecting with your womb and literally talking out loud (or in your mind) to your baby. By connecting in this way, you build an attachment in which the baby is “seen”, understood, and loved.

Though I never really felt I had a conversation with my baby, I can definitely say that putting aside one hour a week to relax, commune with my belly, and start to put into the practice the kind of respectful, loving relationship I wanted to have with my child, was nothing but positive and worthwhile.

As for parenting, my husband and I consciously try to meet our son’s needs and stay closely attuned to him during these very early years, because we believe that it will help build his confidence (knowing he is loved), empower him, and encourage his independence as he gets older.

We still don’t understand exactly how the mother/fetus relationship informs a person’s emotional development — but we’re beginning to. The people I spoke to during the making of this film really believe that we can turn things around in our community, our society as a whole, and the world at large if we focus our attention on our first environment — our mother’s womb.

I eagerly look forward to researching the effect of attunement (love) on the developing fetus. How healthy attachment in utero leads to better psychological health. That would make a great sequel — to explore how in utero trauma can be reduced and alleviated, at all stages of life.