In her latest Huffington Post and Thrive Global piece, IN UTERO Director, Kathleen Gyllenhaal, describes surviving the trauma of birth, using the film "Stronger" (2017) as example. 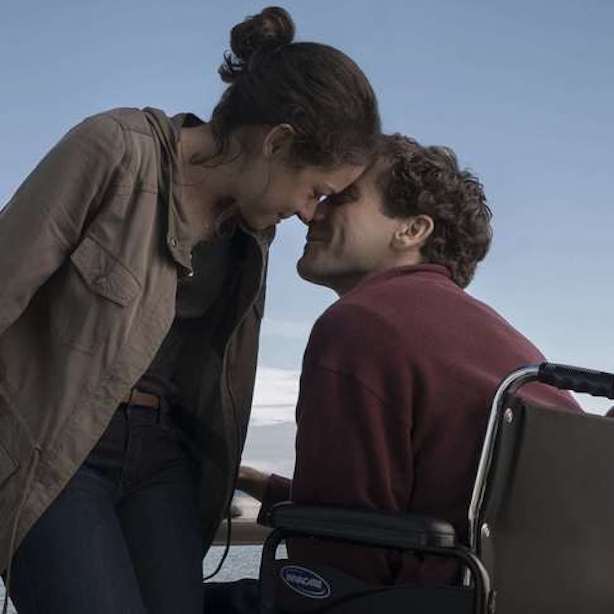 Based on a true story, the brilliant new film Stronger follows Boston Marathon bombing survivor Jeff Bauman (Jake Gyllenhaal) on his courageous journey of rehabilitation, which turns out to be much more than learning how to walk again. At the start of the film, his on-again-off-again girlfriend Erin (Tatiana Maslany), has recently ended their relationship because of Jeff’s inability to really “show up”. Ironically, he makes an effort on the day of the Boston Marathon by waiting at the finish line with a handmade sign to cheer her on.

Jeff’s attempt to “show up” throws him in the path of the terrorists’ bomb and sends him on an existential journey that resonates with something every human must overcome — the trauma of birth.

That’s right, I said birth. Because birth is every human being’s way of showing up.

And it’s traumatic, to varying degrees, no matter how you look at it. As newborns, we experience a complete physical separation from our mother, then wriggle helplessly on our backs — just as Jeff does in the wake of the bombing, unable to move, much less walk. He flounders on a blood-slicked surface, like any newborn baby in a delivery room, reeling from his ordeal. He cannot even begin to process the pain, confusion and terror of entering the world in such a vulnerable state.

The British psychoanalyst Wilfred Bion believed our earliest feelings are undifferentiated “feeling states” or “un-thought thoughts” because our ability to think consciously has yet to develop. These intense, complex experiences (whether felt in the womb or during/after brith), hit us like a bomb and are almost unbearable. So, we repress these pre-verbal memories, and they live on in our bodies, our tissue, our very cells. We survive, but the unprocessed terror still holds power over us. The resulting anxiety provides the blueprint for all the anxieties we experience later in life — what Otto Rank calls the “nucleus of the unconscious” in his groundbreaking book The Trauma of Birth (1924).

The question is, how do we overcome it?

In Stronger, Jeff is up against far more than the loss of his legs. A grown man, he lives at home with his alcoholic mother Patty (Miranda Richardson) and spends most of his time in the apartment when he’s not cheering on the Red Sox at the local watering hole with his friends and family. He’s still deeply enmeshed in his mother’s life and lifestyle and doesn’t possess the fortitude to strike out on his own. In vernacular terms, he’d qualify as a man-child. In psychological terms, he’s still suspended at the moment of his birth.

To truly live as Jeff, he must get stronger. But prenatal and birth psychology tells us this kind of strength is determined by the mother/child dyad.

According to Bion, the infant needs an attuned mother to “contain” his/her earliest emotional states which would otherwise be too overwhelming to take in. But a mother who is emotionally unavailable or immature cannot provide this to her child. In Stronger, Jeff’s mother self-medicates to numb her own emotional trauma, no doubt because her own mother wasn’t attuned to her needs. In this compromised state, separation from the mother is very difficult. The child winds up taking care of the mother, instead of the other way around. We see this played out in Jeff and Patty’s relationship, before and after the bombing, causing major conflict during his rehabilitation.

Healthy separation under these circumstances is truly a hero’s journey. And in an age where we understand trauma (and transgenerational trauma) more than ever before, it’s becoming increasingly clear that this internal obstacle afflicts many of us.

In numerous interviews, Jeff Bauman has said that the message he wants to bring to audiences is that if he could get through this, then anyone can. He is soft-spoken, humble, funny, and he exudes an inner strength forged from the crucible of his experience. The movie delivers his message beautifully, inspiring me to view my own personal issues from a different light. After all, every one of us survived birth, the mother of all traumas, so doesn’t that mean we can overcome anything? Or are most of us still suspended in that liminal state after birth, still pondering our next step?

During his rehabilitation, an uncertain Jeff Bauman balances on the bars, learning how to walk on new legs. It’s gonna be tentative, at times awkward and wobbly.