Health Begins Before Birth: The Womb As The Cradle of Life

Introduction by Kathleen Man Gyllenhaal: A few years ago, when I was researching the effects of the environment on the developing fetus for my documentary IN UTERO, I came across an incredible TedX Talk by the Canadian physician and best-selling author, Gabor Maté. He was talking about how the addict’s behavior is really an attempt to fill the emptiness brought on by trauma — but it was so much more than that. His talk gave me a complete picture of why the world is in such a critical state. How trauma has been passed from generation to generation to the point where we see its effects all around us — in the way we treat ourselves, each other and the planet. And how trauma can happen very early in our development, even in utero, when our brain circuits are compromised by the impact of stress, anxiety and depression. I was riveted. A few months later, I was on a plane to Vancouver to interview him. His passion for identifying the source of our species’ pain inspired both the personal and global perspectives that my documentary would eventually embrace. 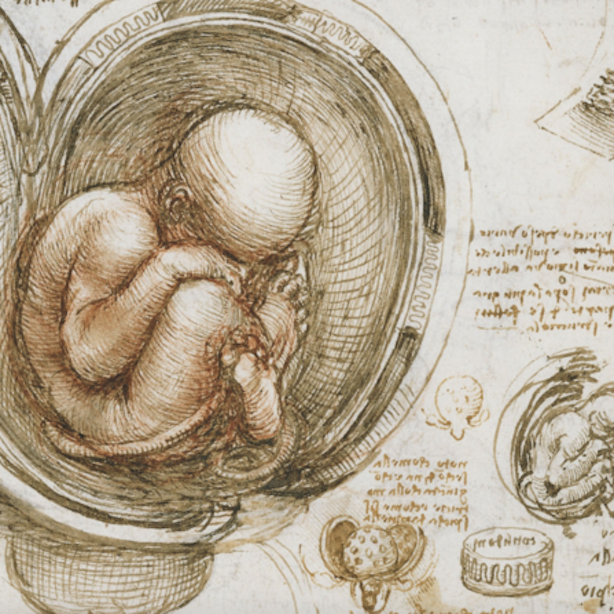 When the director Kathleen Man Gyllenhaal asked me to be interviewed for her film IN UTERO, I was eager to accept. As a medical doctor concerned with addiction, physical and mental health, and childhood development, I have long been aware that life experiences begin at conception and that the environment in the womb profoundly affects our later trajectory.

On a visit to a Canadian First Nations reservation, a young man once told me that “according our tradition, when a woman is pregnant no one who is angry or stressed is allowed in her presence until they have calmed down.” I have heard the same in other U.S. and Canadian native communities. Aboriginal people knew intuitively what modern research has confirmed: a mother’s internal milieu during pregnancy can have powerful effects on the development of the child, effects that may persist long after birth and even for a life time.

The flow of information indicating the crucial importance of those first nine months of our existence has reached flood wave proportions. Citing a scientist from the University of Pennsylvania, one article reported that “crime and delinquency have roots in the womb, and so the risks can and should be addressed early on, even before a child is born…“

By what means do in utero experiences mold the developing infant?

An obvious mode is through chemicals a mother may ingest or inhale and transfer to the embryonic human via the placenta. Maternal smoking, for example, is a risk factor for asthma in the offspring. In New York inner city women, non-smokers, who breathed in high levels of an traffic pollutant called polycyclic aromatic hydrocarbons (PAH) during pregnancy reported a greater incidence of depression and attention problems in their six- to seven-year-old children. In 2013, America’s largest body of obstetricians and fertility experts warned that pregnant women are exposed to many potentially harmful substances from mercury and pesticides and other chemicals, and called for more vigilant public policies.

Such challenges go way beyond the responsibility of individual mothers and families — in fact, they cannot be solved on that level. “Poor people have more exposure to these things on all counts, whether the bad air, or psychosocial stress and other things,” Dr. Shanna H. Swan, a reproductive endocrinologist at the Mount Sinai School of Medicine told ABC News. “That’s a societal problem.”

In their reference to stress, Dr. Swan’s comments takes us back to the wisdom of traditional cultures, as confirmed by today’s science: not only chemicals from outside the mother’s body can affect the development of the in-utero human, but also chemicals generated by the mother’s body. The mother’s stress hormones, primarily adrenaline and cortisol, reach the infant by the same placental route and, if excessive and chronic, can play a deleterious role.

Many studies have now shown the ill-effects of maternal stress on the gestated human. Prenatal maternal stress, anxiety and depression have been associated with increased risk for attention deficits in the child, as well learning difficulties, behavioral problems, anxiety, asthma, and traits that predispose to addiction. The latter has also been demonstrated in the offspring of laboratory animals deliberately exposed to stress while pregnant.

In a British study, the placentae of women abused during pregnancy were found to have higher than normal cortisol levels; years later, their offspring were at elevated risk for attention issues and problematic acting out. In a U.S. study, women who developed PTSD while pregnant during the 9/11 catastrophe had children with abnormal stress hormone levels at one year of age. Such children would themselves be more prone to be affected negatively by stress. In Israel, women pregnant during the emotionally agonizing buildup to the 1967 war gave birth to children at higher risk for schizophrenia.

Such knowledge should instill in us great respect and care for the well-being of the mother-to-be. As I point out in my book on addiction, the prevention of addiction — and, by implication, of many health problems mental or physical — needs to begin at the first prenatal visit, and possibly even before. As a society, we must embrace traditional wisdom, profusely validated by current science. Prenatal care must include much more than the current standard of blood tests, physical examinations, and, at best, dietary advice. Women need to be asked about stress in their lives and given support to deal with it; social policies must address pollution and poverty and communal anxiety.

If we care about the quality of human life, we must create a child-honoring world, in the phrase of my friend, the children’s troubadour Raffi. We begin by making the intra-uterine environment as safe and nurturing as possible.