Of Course God Is A Mother — Dispelling Historic Paradigms

"And if both men (and women) are made in the image of God, then how can God not be a woman as well as a man? Frankly, it doesn’t make sense."

In his latest piece on Huffington Post and Thrive Global, IN UTERO Producer, Stephen Gyllenhaal shares his perspective on God as "both Mother and Father" in honor of Mother's Day. 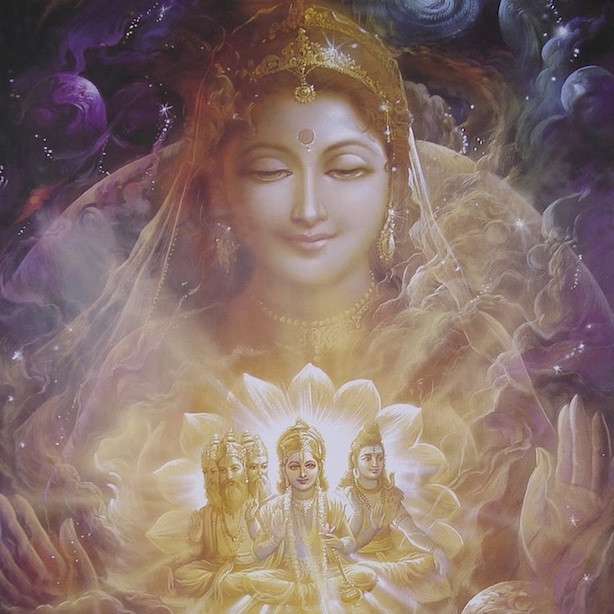 Recently a friend asked, how can God be the Creator without having a womb? It was said glibly, but the more I thought about it, the more it made complete sense, given the last few years of my life — becoming a father again at 65 and producing the documentary, IN UTERO, which is all about motherhood and how our life in the womb shapes us)

Both the science that drives IN UTERO and my own experience with round two of fatherhood has made it clear that how each of us emerges on the planet (from before conception to birth) is a miracle (not to mention the planet itself and the universe it exists in).

And if both men (and women) are made in the image of God, then how can God not be a woman as well as a man? Frankly, it doesn’t make sense.

And since the modern history of religion (the last millennia) has not been at all kind to the idea of God as Mother maybe we ought to take the next millennium (which has still only just started) and make it all about God the Mother?

I honestly don’t want to be disrespectful to any of the religions of the world, even as most of them have struggled with issues of sexism (as well as the use of violence, etc). Religion remains a bulwark against the ridiculous inclinations of materialism, etc. Religion inspires us, gives us meaning and gives us the opportunity to look outside of our own craziness. It saves millions of inner (and outer) lives in so many ways that it is not worth trying to calculate.

But when you look at the history of how religions have changed over the millennia (not unlike science, not unlike art) then it’s worth considering that we take part in some change right now in regards to how we consider God.

For example, what has it been like being “raised” by a Single Father God for the last few millennia? It’s not an unreasonable question — wars have now slaughtered billions; many of those wars, religious. We seem to be in some kind of religious war right now — just ask our newly elected President. Or ask the Native Americans, who have had such a connection with another mother — Mother Earth.

How is that Mother doing with the Single Father God?

Nearly everyone agrees that two parents are better than one. Why isn’t that true with understanding the infinite nature of God? In the Jewish faith God is called אֱלֹהִים (’ĕlōhîm). This is the faith that first made clear that God was one and yet אֱלֹהִים ends in a form of the plural. The Hindu have a strong belief in the “Divine Mother”. In the Qur’an the primary focus is on God being one, but Allah is often referred in pronouns as Hu or Huwa, which can be translated as gender-neutral.

Lastly there’s Christianity, and as Katherine Attanasi writes in the U.S. Catholic last year: “The Bible does not shy away from using female imagery—particularly related to birth and motherhood—to describe God.”

“Isaiah 42:14 speaks of God ‘cry[ing] out like a woman in labor’ with gasps and pants. Similarly, Isaiah 46:3–4 describes God as having carried the house of Jacob ‘from the womb.’ In Numbers 11:12, Moses tells God that having birthed Israel, God (not Moses) should ‘carry [the nation] in your bosom, as a nurse carries a sucking child’ to the Promised Land. In Isaiah 66:13, the Lord tells Jerusalem, ‘As a mother comforts her child, so I will comfort you.’”

So there’s ample reason in the beliefs of nearly all religions to at least explore the idea that God in all Her infinite capabilities is both Mother and Father and that it’d be nice (more than nice) on this Mother’s Day to try to open our hearts, minds (and even souls) to the idea of being nurtured, guided and loved by our Mother of all mothers.