On Being A Modern Father—From Dad to Grandad to Dad

"Feminism is a must."

IN UTERO Producer, Stephen Gyllenhaal, discusses what he's learned by being an older father in his latest Huffington Post piece. 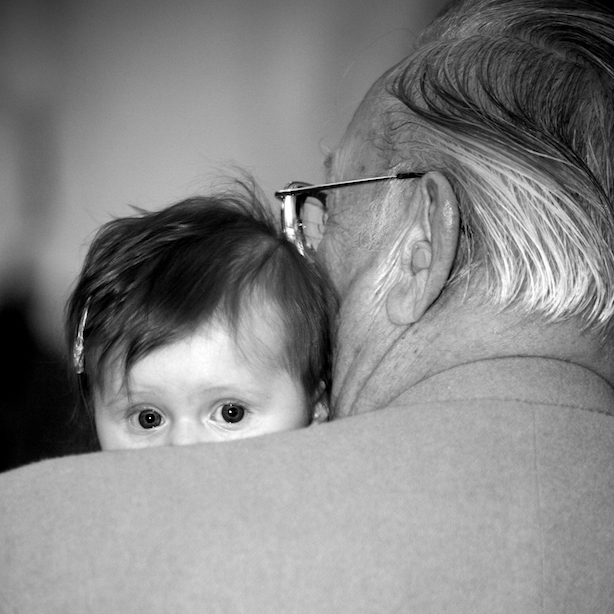 Before my most recent fatherhood began (which I now know is well before conception, more on that later), I struggled with whether I was being irresponsible having another child in my 60s.

I could tell myself that the 60s are the new 50s or 40s or whatever, but nature has laws. Statistics are real. Was I stepping over some unacceptable line?

Love and hope and a growing fascination with science gave me enough ammunition to move forward as I learned a few things along the way:

1. Being a New Parent is being worried and/or terrified most of the time.

My first worry was my own death. What right did I have to put a young being in the position of possibly losing his/her father early in life? This worry persists but a much bigger worry kicked in — my child’s survival.

I had forgotten how much parenthood is about being ever-vigilant. Talk about nature — it seems to instill a terror that something might happen at any moment. I never wanted to say it out loud with my first kids — superstition drove that decision, i.e., if I spoke it out loud, something awful might happen.

But now I want to open up about how much that emotion has hit me again and also that it is completely natural and normal, therefore don’t think you’re crazy because you worry and/or are terrified of cars, cliffs, high places, sharp things, people rushing past. Anything that might hurt or even do worse to that miraculous being who has come into your life.

2. Every single child is a MIRACLE!!

The second time around (at my advanced age), I’m seeing it so much more clearly. Being a grandfather is absolutely amazing, but it’s not 24/7. I don’t get to watch the miracle unfold every minute.

And when I was a young father I had many other worries (career, money, my overwhelming immaturity), and at the time, I didn’t realize that these “worries” were not nearly as important as witnessing and supporting that being who was developing at warp-speed beside me.

Examples? Every day (often every hour) there’s a new development:

How in the very beginning did this little lump of flesh know how to latch? From the first hour? (I took so much for granted to the first time around.) But think about it. All he/she had known before was an umbilical cord now — suddenly — he/she has to use a mouth, lips, gums and suck. A miracle!

The first time my son lifted his head and looked around — the muscles, tendons, need, conviction, curiosity — It was better than any rocket launch or pole vaulter.

And the eyes of an infant, taking in the world — no poetry, movie or view of the Grand Canyon matches it.

3. Growing up happens at warp speed.

It’s been dizzying to witness. Warp speed. And science backs me up. From conception through adulthood into old age, each of us is changing so fast; is taking in so much; is processing so much and is needing so much.

I’m beginning to genuinely believe that all the alien movies and TV shows are really about us. We are aliens to ourselves. We don’t know who we are. At all. I certainly didn’t my first time around. We are magical — like the best (and sometimes worst) aliens that have ever been on the screen.

And that’s perhaps the most important lesson, which I only half knew the first time around. It’s all about love — the most critical fuel needed by every one of us (aliens) — love. Love is the most effective and profound pharmaceutical that has ever been invented — from conception onwards. Love. Love. Love — natural oxytocin, dopamine, endorphins, serotonin, etc…

And that brings me to mothers. All mothers, every single one of them.

Not one of us fathers or grandfathers or great-grandfathers, or fathers-to-be or sons (which is every male on the planet) is ever going to be able to carry the eggs that are the future generation, or carry a single developing baby in a womb, or nurse and bond in a way that is so powerful it takes decades of the most advanced psychological tools to even begin to understand, unravel or repair it.

All mothers must be respected and since — from before birth — they are carrying the eggs of the next generation, it makes complete scientific sense that every single female needs to be respected, nurtured and loved from the very, very start.

6. Fathers, grandfathers (all men) are of quantum importance.

Because if you’re going to love all those females, you also need to consider loving, respecting and nurturing all those males — from conception into infancy and all the way through the process.

This is not what I believed growing up in the Stone Age.

For me, I thought becoming a man meant getting tough, being the roughest and meanest guy on the team, winning some fistfights, maybe even going to war and suffering some good, solid trauma like my father and grandfather before me.

But science has now made clear that trauma is what messes with development from conceptions onwards.

7. We need peace in the world.

Because war is dreadful science too. Men are wasting their time (and worse) killing each other and destroying the world around them. They need to be at home helping raise their kids because it’s not just the mother’s responsibility — it’s a partnership.

8. And it all starts from before conception.

I keep taking the human (alien) journey back to conception and before because my wife made an award-winning documentary called IN UTERO, in which the science of pregnancy is explored. She’s written numerous blogs on the subject. She’s been my best teacher.

And what’s clear from In Utero is that we must examine and come to understand ourselves from the very start (conception) and even before (transgenerational trauma), because science has revealed that our genetics are profoundly affected by the traumas of past generations — wars, natural disasters, family skeletons left to fester — all of this stunts and distorts our potential development and begins to explain so much of our daily, dreadful headlines.

So, we are a nearly infinitely complex miracle to ourselves and we are also aliens to ourselves. That’s what I’m seeing from this unusual perch on which I sit — miraculous aliens who need all the love that can possibly be gotten.

Finally I’ve learned that being a good father, grandfather, uncle, son, and husband is to take action — the right action. And love is an action, not just a state of being. Being a man is about helping in the process of growing up — growing up ourselves, all those we love and even those we hate.

And we need to be at home to do that.

Sure, work is critical for Mom and Dad (Grandma and Grandad) but there is nothing like hanging with that little miracle and witnessing and supporting his/her journey.

We need family leave. We need prenatal leave. We need research and cutting edge science to help us better understand the aliens that we still remain to ourselves. And all of this needs to be done with the most powerful tool there is — love!