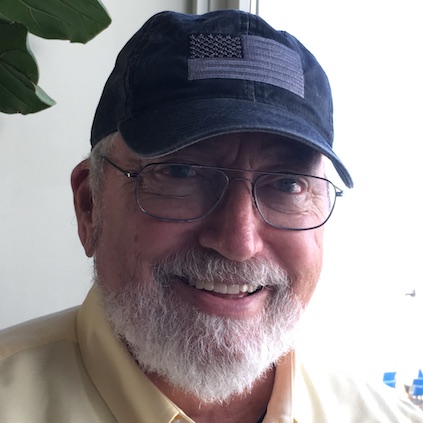 Born in Minneapolis, Minnesota on the Fourth of July and moved to California when he was five. He enlisted in the Navy right after high school as an Electronic Technician. For four years, he was stationed out of Pearl Harbor on a radar picket ship watching for missiles during the Cold War. After the military, he came home to California and entered into the lamp business. He enjoyed the challenge of manufacturing high-fired ceramics out of two Shuttle kilns and producing slip cast pottery. Soon, he was shipping to furniture and lighting showrooms throughout the country and the world. After retiring as CEO of Casual Lamps in 2005, Koch discovered a new way of bringing light into the world – transpersonal psychology and dream analysis. He decided to focus his energies on developing and promoting new therapies that seek to define the “source” of emotional trauma, as opposed to treating only the symptoms of trauma. It is his hope that social documentaries that dare to go to the source will have a greater impact on society and help bring about real change.