The Bravest Women in America

In his latest Huffington Post piece, IN UTERO Producer, Stephen Gyllenhaal addresses the mistreatment of incarcerated women, particularly those who are pregnant, in the criminal justice system, and the introduction of The Dignity For Incarcerated Women Act, put forth by U.S. Senators Cory Booker and Elizabeth Warren. As of now, federal prisons still make common practice of shackling pregnant women, even while they give birth, and placing them in solitary confinement. This bill would make both of these practices illegal. 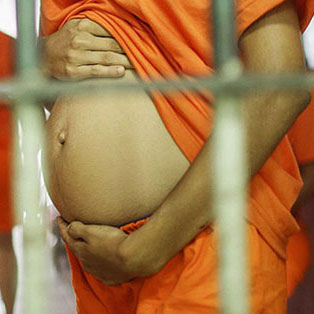 Recently I was at an event with a large group of midwives, doulas and social workers. A young social worker stood up. She was extremely emotional. She talked about working in a California prison, where pregnant women are routinely in chains. Often they are in chains when they give birth with an armed guard (usually male) presiding.

Many of these women, after giving birth, never see their babies again, even if they desperately want to keep them. The level of depression, this social worker told us, is overwhelming. For her entire prison tenure she, too, has felt nearly hopeless. How could she possibly help them in any real way?

But now she was standing before us to talk about her hope. Her reasons for hope spoke to the power of motherhood, to its beauty, bravery and sacrifices. And, frankly, it made me weep.

Her reasons were based on the emerging science of pregnancy, which has made clear that — from conception until birth — human development is overwhelmingly influenced by the state of the mother. Psychologically and physiologically we are, by the time we are born, nearly fully shaped by how our mothers attended to themselves and to their pregnancies.

Ask any neurobiologist the primary reason why someone becomes a great scientist, leader or criminal — the brain (and body) are dependent on how they are formed in the womb.

Obviously, the time from birth onwards matters — especially the first eighteen months — but until recently we didn’t understand that our time in utero matters just as much, perhaps more.

And that is what this social worker had started to tell her clients behind bars: you matter — let’s work on your depression, let’s deconstruct your hopelessness. Because all your feelings have a chemical correlate and those chemicals flood your developing baby’s world. These feelings/chemicals either help your baby grow or impede growth. So let’s bring as much joy and hope as we can muster (i.e., oxytocin and endorphins); let’s give our babies a fighting chance in a world that will be against them when they leave the womb and are forced to leave their mothers behind in prison.

Which raises another point, noted this woman. When you imprison a pregnant woman, you are also putting her developing child behind bars. When you chain a pregnant women, you put chains on that child.

Last week Senators Elizabeth Warren and Cory Booker introduced a bill that would require federal prisons to ban shackling pregnant women and ban putting them in solitary confinement. The Dignity for Incarcerated Women Act would also require that federal prisons provide free tampons and pads (more often than not, women — earning pennies an hour — have to buy their own sanitary products).

It is hard to imagine that anyone would be opposed to this bill and yet the history of prison reform is abysmal. Powerful forces are at play. Punishment for wrong-doers has always felt appropriate to most and the drive for cost-cutting and now profit (with the growing privatization of prisons) is as American as apple pie.

And even when there are hard-fought reforms, there remains the challenge of implementation. In 2008, the shackling of women during birth was outlawed in federal prisons (not yet outlawed in state or local facilities). But federal guards have continued to violate these kinds of laws because they're not punished when they do so, says David Fathi, director of the ACLU's National Prison Project. That lack of accountability—among other reasons—has allowed these prison problems to become rampant and systemic.

And yet 60% of the women in American prisons are mothers and — except for Thailand — the U.S has the highest percentage of incarcerated women (and pregnant women) in the world. Given the emerging science about pregnancy, it seems absolutely critical that The Dignity for Incarcerated Women Act be passed and implemented. But is it remotely enough? Absolutely not! Is helping an incarcerated pregnant woman find some joy and hope enough? Of course not! 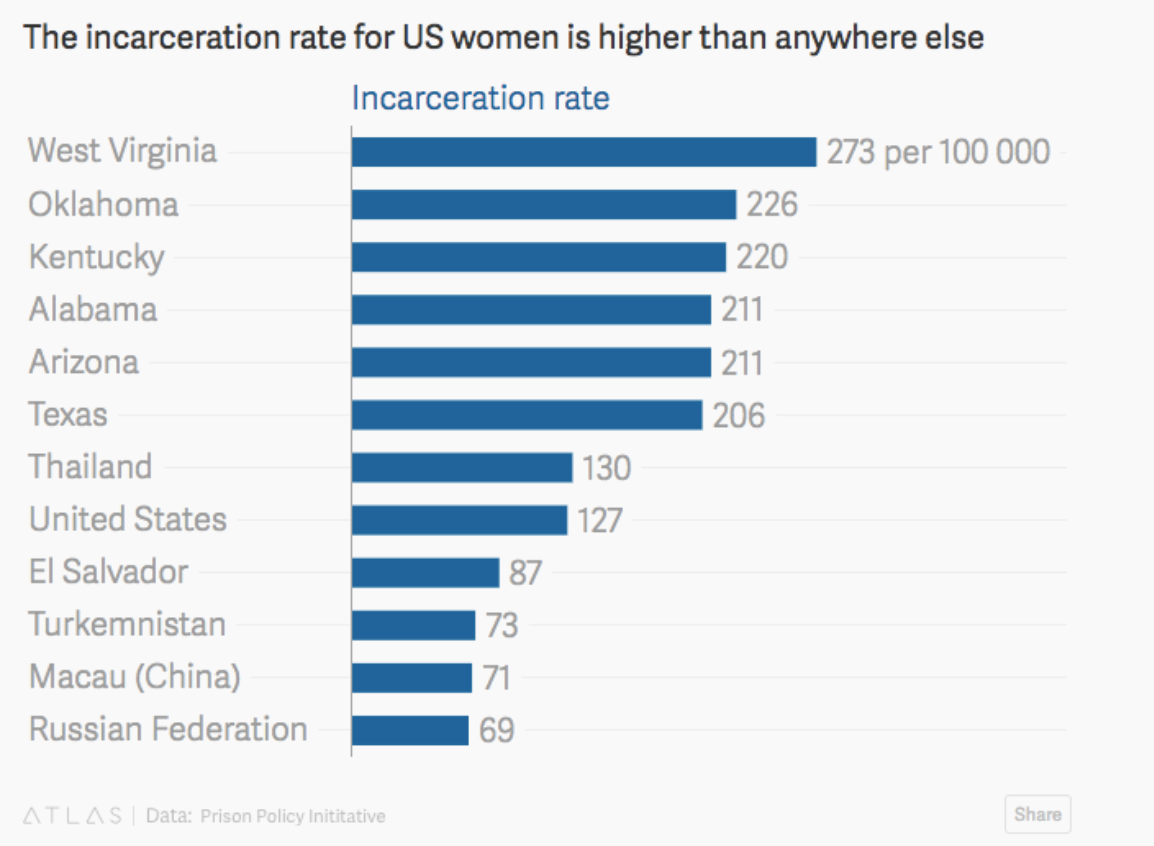 As of now, we remain doomed to keep generating children who are profoundly (and understandably) damaged to their core, because — in all walks of life (not only prison) — we still don’t understand the massive impact of pregnancy on the lives of how each and everyone of us develops.

Should we give up? Not if those brave mothers-to-be in prison don’t give up. We’ve decided to put our energy behind making this bill legislation - it would through for a vote in the Senate faster if it had Republican support, so we’re petitioning Senators Lisa Murkowski (R-AK) and Joni Ernst (R-IA) to join Booker & Warren in co-sponsorship.

Ivanka Trump (also a mother) has been attempting to put forward legislation related to The Dignity for Incarcerated Women Act. She is fighting for some form of national guaranteed family leave — now mocked by the left (“crumbs for the proletariat”) and opposed by the right (give no crumbs at all).

Her response to all this politicking as usual was: “Providing a national guaranteed paid-leave program — with a reasonable time limit and benefit cap — isn't an entitlement, it's an investment in America's working families,”

But Ivanka’s proposal and The Dignity for Incarcerated Women Act are more than simply proposals to help working families and women in prison. Both are about the growing awareness that every child, from his or her very beginning, deserves protection, love and care. It is not an entitlement. It is investment based on compassion and hard science.

The social worker who stood up had just watched our film In Utero, which is all about the hard science of pregnancy, science which is finally beginning to be felt in the halls of Congress and in our prisons.

And it is not a moment too soon!

Because our children’s lives — all the children, rich, poor, chained and unchained — every one of them is an investment in our future — the future for all of us — is it possible to imagine anything that is more important?