This New Sex Science Changes Everything

"We may need to change how we go about almost everything."

Read more on our The Huffington Post blog by IN UTERO Director, Kathleen Gyllenhaal, and Producer, Stephen Gyllenhaal, about how the dynamics of sexual reproduction run directly counter to male-dominated social attitudes. 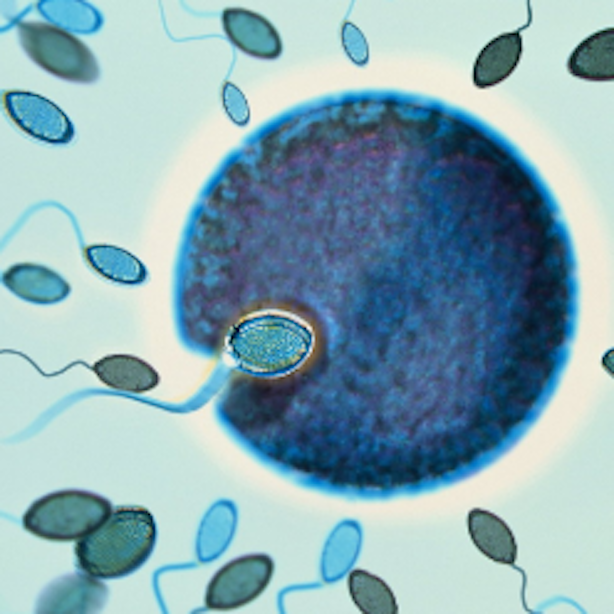 Whether we like to think about it or not, the reason each of us exists is because our parents had sex. It may have been passionate sex, filled with love (or not). It may have been kinky sex, morning sex, or even a one night stand. Science today gives us a few other options (i.e., in vitro fertilization) but generally sex is still how the thing is accomplished: an orgasm (as least one), the strongest sperm shooting up the vaginal canal, beating out the others, breaking through the soft surface of our mother’s waiting egg.

It’s survival of the fittest — the first war — the winner takes all and the miracle of each of us begins.

This biological reality confirms everything we see around us: the strong male who succeeds, the trajectory of the sperm, precursor to the spear, the bullet, the nuclear warhead, the macho CEO or political leader who dominates the less capable among us, bringing riches, power and — in the case of contemporary economics — the ability to affect global change.

Yet current science, as we explore in our upcoming documentary, IN UTERO, is discovering that everything about this old science is wrong — except the orgasm.

First, about half the sperm are female (that’s how you get a girl baby). Second, there is nothing about the sperm that functions like spears, nuclear warheads or even Michael Phelps winning all that gold.

Sperm are actually “weak swimmers” notes Dr. Emily Martin, Professor of Anthropology at New York University. They are far more like Woody Allen in his classic film, Everything You Always Wanted to Know About Sex * But Were Afraid to Ask. “They thrash around. They go side to side,” says Martin. “They swim in circles, haphazardly, working their way up the female tract into the fallopian tubes.”

Furthermore, in an effort to improve IVF and contraception, researchers have uncovered that the stronger sperm actually “help the weaker ones through the uterine mucous, similar to the way that migrating birds or a team of bicyclists take turns leading the way.” (The Scientist)

And once a sperm makes it to the egg, it is not like some knight in shining armor, piercing the female fortress, akin to rape, but — as some scientists posit — it is the egg that selects the sperm.

For instance, a study at the University of Birmingham in the UK has uncovered that “prior to fertilization, a cloud of cumulus cells surrounding the egg releases progesterone, the female sex hormone, triggering a calcium influx into the sperm... Progesterone has also been implicated in providing a chemical gradient by which sperm can navigate toward the egg.”

Meanwhile sugar molecules on the egg’s surface, known as SLeX, act as “hitching posts” (discovered in 2011 by Poh-Choo Pang from Imperial College and Philip Chiu from the University of Hong Kong). SLeX is generally associated with causing cancer, but here it binds the rapidly moving sperm, helping it to penetrate the egg’s protective jelly-like protein coating.

Scott Gilbert, a developmental biologist at Swarthmore College likes to think of the egg as “engaging in a dialogue with the sperm rather than gluing it down.”

Martin is clear — up until now, reproductive science has been steered by a male-dominant perspective, which explains why the narrative of reproduction has historically adopted patriarchal terms. But now this new science “undercuts the dominant, founding myths of Western culture — that men are active and women are passive, that men seek and find and women wait and choose. There is an interaction between the two,” says Martin.

So, assuming we all agree that the act of creation is miraculous, worthy of our respect and admiration, can we begin to consider that male domination may not be a “God-given” tenet of our cultural dynamics? That the spear, bullet and nuclear weapon may not mirror our basic nature but perhaps be a departure from it, even a perversion?

Can we posit that our genetic underpinnings are in fact much closer to precepts such as cooperation (versus competition and “might makes right”) and peace (versus aggression and war)?

And if we wish to be in sync with nature and perhaps survive within it as a species, are we willing to consider — given the state of the world, driven by the old sex myths — that the way we came into this world may very well be the way we should live in it. Which means that many of us may need to change how we go about almost everything.