In the first of IN UTERO Director Kathleen Gyllenhaal's new Huffington Post blog series, she discusses the need to empower mothers.

"It should also be noted that behind every empowered and informed mother it never hurts to have help, as much help as possible. Because it does take a village." 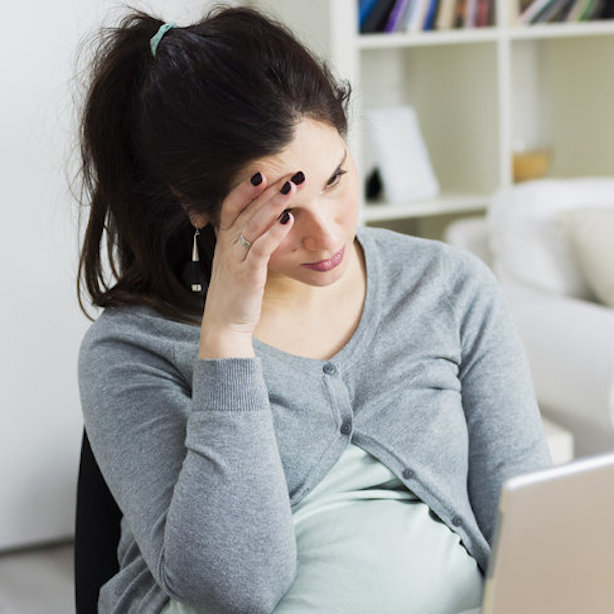 Mothers feel attacked. By friends, strangers, family, media, doctors. Any time something goes wrong with her child — an accident, bad behavior, illness— the mother is to blame. She feels constantly scrutinized while she’s pregnant. Are you really going to have that cup of coffee? Shouldn’t you be resting? Aren’t you worried about the baby? And even before conception, a potential mother is bombarded by all kinds of pressures — are you too old, are you too young, are you good enough? And yet, who is worrying about her baby more than anybody else? The mother.

I went through what most women went through — a laundry list of commonplace attacks during the time leading up to, and after, my son’s birth. But while I was pregnant, I was also gestating a documentary called IN UTERO. The subject? Life during pregnancy — what happens to the mother and the fetus during those ten months and how those lives, and the environment surrounding them, interact and inform one another.

What I learned while researching IN UTERO, was that science tells us not to attack mothers. Why? Because the more stress we put on mothers, the more stress is passed onto the babies they carry.

Conceiving in my late-thirties was not smooth sailing. My partner and I endured two miscarriages before having a viable pregnancy. During this time, as I interviewed experts across the globe, I learned about epigenetics — how genes in a developing fetus can be turned on or off due to the emotional state of the mother, brought on by acute stress. These epigenetic changes can lead to outcomes ranging from diabetes to developmental disorders. Furthermore, these acquired traits can then be passed on to the next generation.

Were my miscarriages due to my advanced years (over 35)? Was that why there was a genetic anomaly in each pregnancy? Or was it because I carried too much stress? I’d always been a bit wound up, a Type A personality. But surely that kind of stress would not affect my pregnancies. Would it?

What I learned next was hard to swallow — there were numerous epidemiological studies of pregnant women during traumatic events like the Dutch Famine of 1944-5 and 9/11. The children conceived under these circumstances went on to have health problems associated with metabolic syndrome and PTSD, respectively. Other studies measured cortisol (stress hormone) levels in pregnant women. Results showed that fetuses of anxious or depressed mothers were more likely to grow up to be anxious or depressed children themselves.

Not surprisingly, I began to stress out. The irony of my situation was not lost on me. Was my reaction to this information — my elevated cortisol — negatively affecting my fetus? Should I stop the research? Stop the film? I didn’t want my flaws — my anxiety, my fear, my short temper, my moodiness — to shape my fetus into a reflection of my lesser self. I wanted all my better attributes to be passed down.

I was angry with my documentary. I didn’t want to go on. I needed to create a stress-free state of mind, and this information was not helping. I felt helpless. Though no one was pointing a finger at me, I felt attacked.

But the investigator (or maybe the idealist) in me needed to get to the bottom of all this, needed to forge on. There must be some good news somewhere. What I found was even more unsettling, yet it contained a powerful truth that acted as a kind of tonic in the face of all the difficult information. It was called transgenerational trauma.

This theory was in part developed when children of Holocaust survivors (who have never been inside a concentration camp) presented the same PTSD symptoms as their parents; and so too their children, who were the grandchildren of survivors. It’s the emotional trauma — and its epigenetic outcomes — that is passed down, resulting in psychological issues that we normally think of as being unique to the individual, but really have to do with a history of trauma spanning generations.

What blew my mind was, if you think of humanity’s long history of war, slavery, rape, and persecution, you start to look around and realize we’re all receivers of this history and therefore traumatized to a certain degree. And this is where the bracing, invigorating truth started to reveal itself...

First, let me say that, when this information is taken the wrong way, mothers too often become the scapegoats for what afflicts our species. But what I came to realize was, it’s not about the mothers. It’s about all of us. We must stop attacking mothers because mothers are not to blame. And here I found the kernel of truth that would help me keep going: We are all in this together, we are all to blame, and we are all blameless.

Every man, woman and child (and fetus) who has been subjected to war, poverty, abuse, natural disasters, injustice, neglect — whether they have borne the trauma themselves or inherited the effects of that trauma — will pass on that trauma. The question is, can we hold this knowledge without creating more stress around it? Can we learn from it? We expectant mothers are already dealing with the physical changes of pregnancy, all the discomforts, the anxieties between each checkup. If you’re like me, you’re worrying about what you eat, and trying to stay physically active without jeopardizing the baby. And you’re also probably juggling work and other daily responsibilities, even other children. Not to mention, what if you’re a mother who is struggling to make ends meet, who doesn’t know if she’ll be able to feed and shelter herself, much less a baby? Or what if you don’t have a support network around you? So, to be worried about all of that — and then have to worry that you’re worrying too much?

No, no, no. The judging, the blaming, the attacking, from both within and without, must stop!

Which is why I have started this bi-weekly blog. It will explore in detail the scientific data that emerged during the making of IN UTERO — while allowing room to interpret that information in a way that is non-toxic to mothers and mothers-to-be. Consider it a supplement to the film, which will be in full release by mid-September; for more information and for relevant articles, visit our website.

And given that the science keeps moving forward, this blog — along with some accompanying short videos — will sift through the ongoing research to deliver pertinent information to our expectant mothers.

The ethos of this blog has to do with empowerment. Nothing is more important than the empowerment of the mother; championing her as she participates in the miracle of child-bearing and rearing.

It should also be noted that behind every empowered and informed mother it never hurts to have help, as much help as possible. Because it does take a village. Which is why my husband, father of our toddler and producer of IN UTERO, will also be working with me on this blog, on the accompanying videos and on what we hope will be a lively exchange of ideas and then actions (political and otherwise) that will help shape the next generation that is just now entering our complicated world.